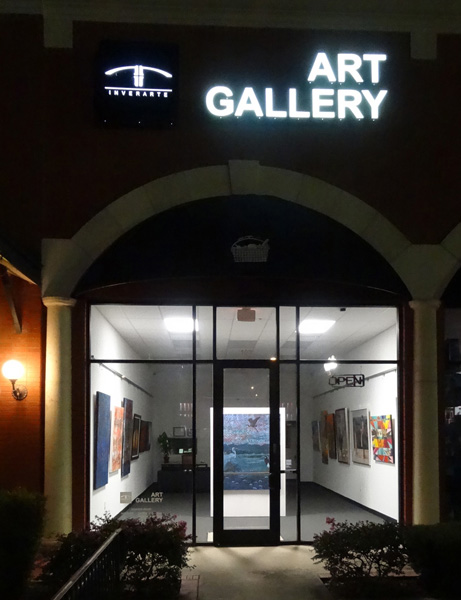 The idea of Inverarte arose more than 25 years ago by his founder and director David Adberstein, as an art gallery dedicated to buy and sell artworks by 19th and 20th century Mexican masters, offering to its clients the possibility of investing and acquiring unique master pieces for their collections.

At its location in Mexico City, Inverarte has helped collectors, museums and important foundations to improve their collections with master works. On December 2013, Inverarte opened a second gallery in San Antonio, Texas, named Inverarte Art Gallery, extending its services to collectors in the United States and northern of Mexico.  This new adventure gave to Inverarte the opportunity of creating a bridge between United States and Mexico, to show the art of the two regions, starting to represent and promote 21st century Mexican and American artists.

Inverarte Art Gallery is interested to collaborate with the art in its community, showing art from Mexico, but also opening a space for displaying and promoting the art by Texan artists, and American artists with Mexican roots or influence.