If you are interested in buying or selling an artwork by Agustin Lazo, please send us an email to [email protected] or give us a call to +1 210-305-6528 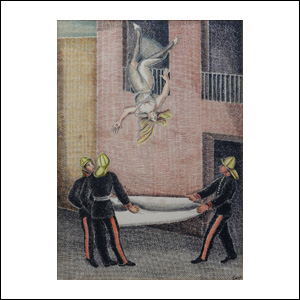 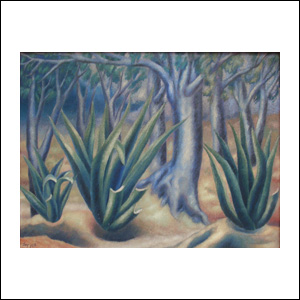 Agustin Lazo was born in Mexico City in 1896. He was an artist, painter, designer, and playwright. He was considered the pioneer of surrealism in Mexican art by several specialized historians.

He lived in Paris for a short time in 1922. He visited Europe again in 1925 and then lived there from 1927 to 1931. He spent his time in Europe traveling in France, Italy, Belgium and Germany, visiting museums and studios of various avant-garde artists, where he met artists like Max Ernst and Giorgio de Chirico. He spent most of his time in Paris sharing a studio with Alfonso Michel in Montparnasse.

Although he grew up during the era of the Mexican Revolution, his time in Europe established his aesthetic towards the avant-garde movements of that continent, rather than towards Mexican muralism. He was part of the group Los Contemporaneos, which included artists, writers and intellectuals. This group rejected the "simple art of messages" and, although patriotic, preferred to distance themselves from the politicized art of Diego Rivera and David Alfaro Siqueiros, as well as the expressionism of Jose Clemente Orozco. They were more influenced by the fantastic realism and metaphysics of Giorgio de Chirico, as well as by surrealism. Artists in this line include Rufino Tamayo, Abraham Angel, Antonio Ruiz El Corcito, Miguel Covarrubias, Carlos Orozco Romero, Julio Castellanos, Alfonso Michel, Jesus Guerrero Galvan, Maria Izquierdo and, to some extent, Frida Kahlo. Agustin Lazo was one of the few artists of the time who never painted a single mural, not even as an assistant.