If you are interested in buying or selling an artwork by Alejandro Santiago, please send us an email to [email protected] or give us a call to +1 210-305-6528 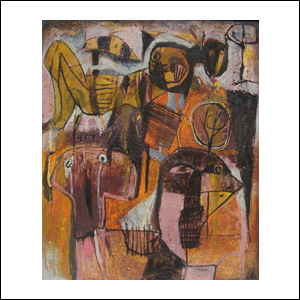 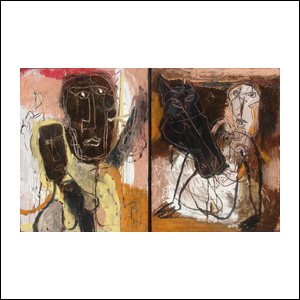 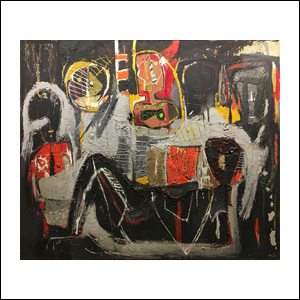 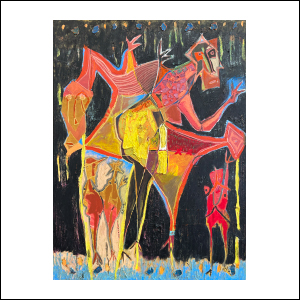 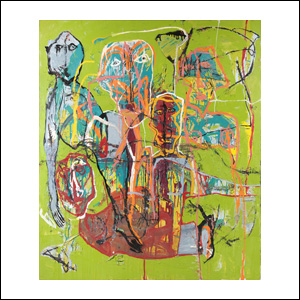 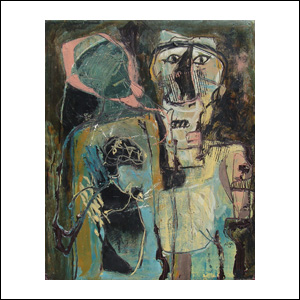 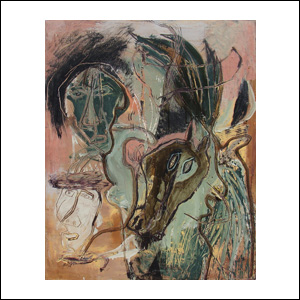 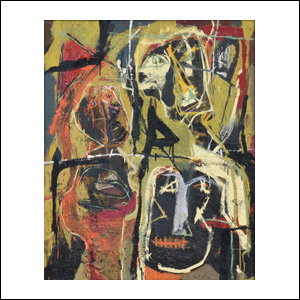 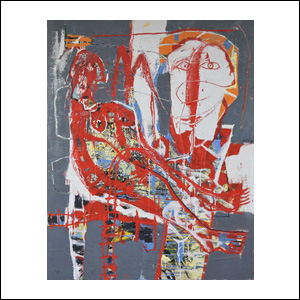 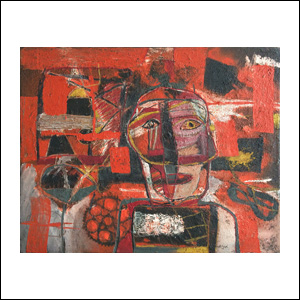 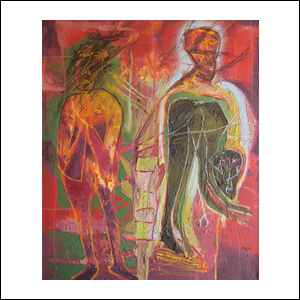 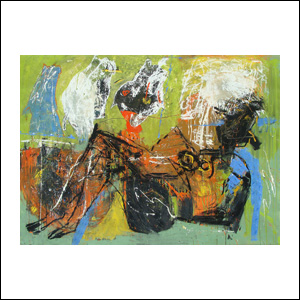 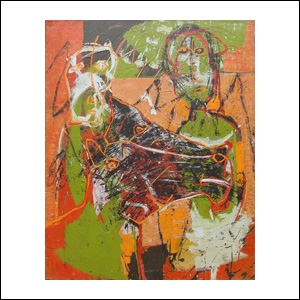 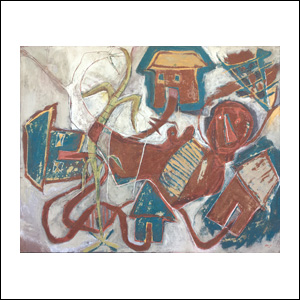 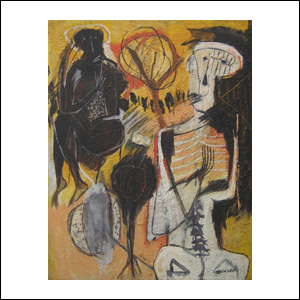 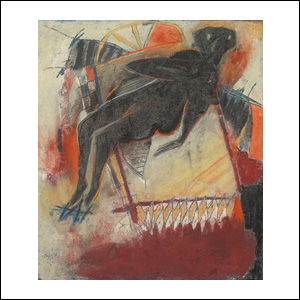 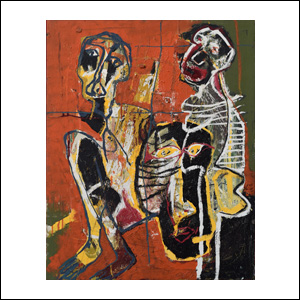 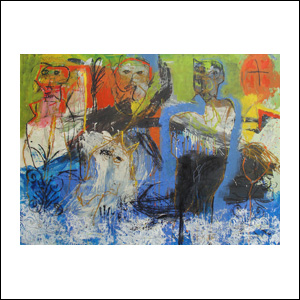 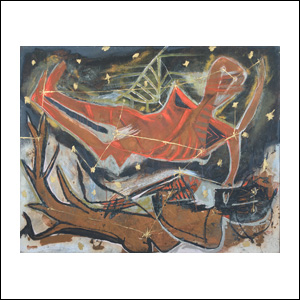 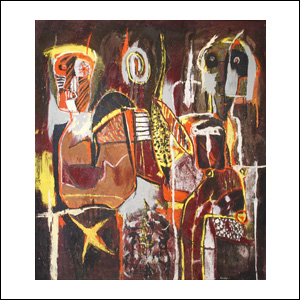 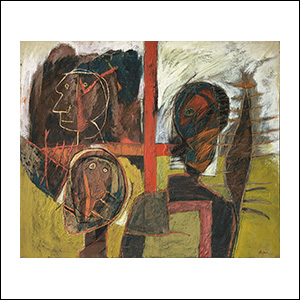 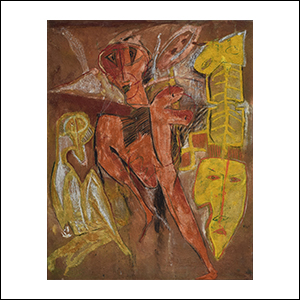 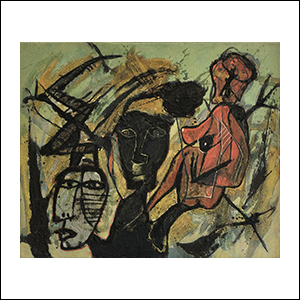 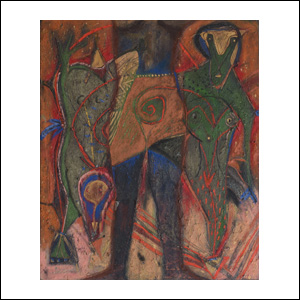 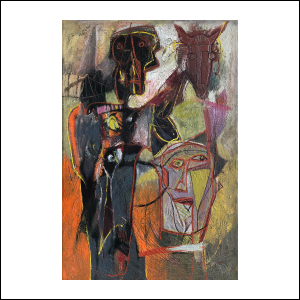 Alejandro Santiago was born in Teococuilco, Oaxaca, 60 km northeast of Oaxaca City, in 1964. When he was 9 years old, he moved with his family to Oaxaca City. He studied at Centro de Iniciación Artística in Oaxaca City. Interested in continuing to study painting, he enrolled in the Taller de Arte Rufino Tamayo, directed by the artist Roberto Donis, and received a scholarship. It was there that he became a painter. Then he studied at the School of Fine Arts of the University of Oaxaca for a short time, where he met the teacher Shinzaburo Takeda, an academic pillar in that institution, who was a graduate of the University of Fine Arts in Tokyo and moved to Mexico in 1963 to continue his studies at the Escuela Nacional de Artes Plasticas.

In 1985 Alejandro Santiago presented his first solo exhibition at Galeria Sol y Luna, in which the Rockefeller Foundation acquired three of his works. In 1989 he was selected for a cultural exchange program of the United States Embassy, through which he obtained a scholarship that allowed him to travel to New York, Boston, Washington and Santa Fe, to share his experiences with Spanish-speaking students from different colleges. Later he visited Seattle, Portland and San Francisco, where he established contact with art galleries, thus his work reached international forums.

Another important event in his career was his participation in 1993 in the collective exhibition Europalia 93, which took place in Brussels, Belgium; consequently, in 1994 he received an invitation from the Galerie Baudoin Lebon to exhibit in Paris. He obtained financial support to travel to Paris and the gallery assigned him a studio between Rue Matignon and Champs-Elysées, where he painted the works for the exhibition. A year later Alejandro traveled again to Paris, taking his family with him; the stay was extended for two years.

After traveling several years in France and the United States, he returned to Oaxaca City where he established his studio and in a ranch near the Suchilquitongo community developed his sculpture projects. He discovered that Teococuilco, his community of origin, was less and less populated as a result of many years of migration, there he found great inspiration through the harsh reality that he himself experienced, which led him to carry out his most important work entitled 2501 Migrants. His way of representing the phenomenon of migration in a series of sculptures that symbolize the souls of 2500 +1 countrymen who were absent from Teococuilco and added one more, his own, placed as testimony to his return.

In 2008, Alejandro Santiago began working on another project, the production of 380 sculptures, made of metal, glass and wood, inspired by the diablero, the person who drives a utility dolly known as diablito, used to load merchandise in the markets. This project was titled El Golpe (The Stroke), this because when the diablito is carried among the crowds of the markets, the diablero shouts as a warning “There goes the stroke.”

He founded the sculpture center La Telaraña and awarded scholarships to young people to approach the arts as he did from an early age.He devoted his life to arts and helping the people of Oaxaca. Alejandro Santiago died in Oaxaca in 2013.