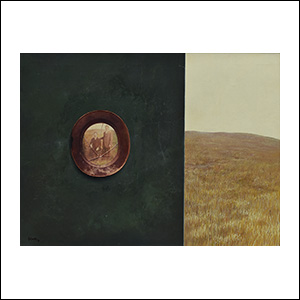 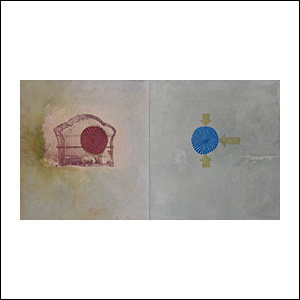 If you are interested in buying or selling an artwork by Alfredo Castañeda, please send us an email to [email protected] or give us a call to +1 210-305-6528 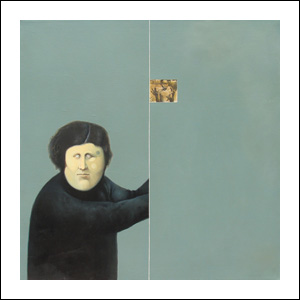 Alfredo Castañeda was born in Mexico City on February 18, 1938. He lived in his paternal grandfather's house, surrounded by people for whom drawing and painting was part of daily life, a way of interacting. His family used to attend the bullfights, and when they returned home they began to make sketches and drawings, interpreting the best scene of the afternoon. Alfredo, still a child, kept an eye on the drawings. At that time he met the Valencian painter Ruano Llopis, recognized for his bullfighting themes. All this aroused in him an interest in painting. When he was ten years old, Ignacio Iturbide, his mother's brother, became his painting teacher for four years, during which he practiced charcoal drawing and watercolor. Later, he studied with the Spanish painter Jose Bardasano, who had arrived in Mexico as a refugee from the Spanish Civil War.

In 1956 Alfredo Castañeda registered for Architecture at the Universidad Nacional Autonoma de Mexico (National Autonomous University of Mexico) on the advice of his father. In those years he continued painting in his spare time. At university, Alfredo met the painter, sculptor and architect Mathias Goeritz who had arrived in Mexico in 1949. Alfredo Castañeda went on to comment: “Mathias Goeritz opened my eyes to what is the vision of the poetic, the philosophical, the spatial and the magic. Those concepts also left a particular mark on me, which helped me a lot to find my way years later. His vision of art was very different.” Another great influence for him was the work of Rene Magritte. At the beginning of his studies in the university, Alfredo Castañeda had a fortuitous encounter with the work of Rene Magritte, in this regard he commented: “When I studied architecture, I saw for the first time some works by Rene Magritte that caused my curiosity. They were very etched on me. I liked them. Then I got to know his world.” Three years after starting his degree, Alfredo interrupted his studies to take a trip to Europe, in which he visited France, Spain and Portugal. He devoted himself to painting and visiting museums. He was also interested in knowing what was on display at the time, so he also visited galleries and art shows.

He returned to Mexico and finished his architecture studies in 1962. Upon leaving the university, he practiced his profession as an architect for a time. He partnered with various architects to form an architecture company, which was successful, but he kept painting at the same time. One of his partners was the architect Joaquin Baranda, son-in-law of Ines Amor, director in those years of the Galeria de Arte Mexicano. Baranda served as a link between Alfredo and Ines Amor. In 1969 Alfredo’s first solo exhibition was inaugurated at the Galeria de Arte Mexicano, in which despite being an unknown painter, half of the works were sold. Satisfied with the achievements, with great vision, Ines Amor suggested him to abandon architecture and dedicate himself fully to painting. Alfredo Castañeda followed her advice. In 1971 he prepared the work for his first solo exhibition abroad, at the Lambert Gallery in Los Angeles, California, and that same year he participated as a representative of Mexico along with Leonora Carrington, Wolfgang Paalen and Alberto Gironella in the important exhibition Der Geist des Surrealismus (The Spirit of Surrealism) in Cologne, Germany, where works by Rene Magritte, Joan Miró, Salvador Dali, Max Ernst, Hans Arp, among others, were also exhibited.

Despite his short career, with only a few years of having started in painting professionally, the works of Alfredo Castañeda surprised Mexican critics and scholars, consequently the Museum of Modern Art in Mexico City presented an important exhibition with his most recent works in 1972. Since then his paintings have managed to captivate the attention of viewers, both for their fine execution and for their fantastic and enigmatic themes. In 1981 he lived for a year in the city of Wilmington, Delaware, on his return to Mexico he chose Cuernavaca, Morelos, as his place of residence. In 1983, the gallery, Mary Anne Martin Fine Art began representing him in New York. By 1994 he changed his residence to Madrid, Spain, where he established his studio. In 2005 the publication Book of Hours, Poetry and Painting by Alfredo Castañeda was published by Artes de Mexico, the National Council for Culture and the Arts of Mexico, and the National Autonomous University of Mexico. Many other books on his work have been published over the years.

Surrealism in Castañeda tells us of a personal dialogue that through visual metaphors becomes the voice and poem of his existential reflection. In many of his paintings a single character appears, who sometimes unfolds into more versions of himself, but it is always he who contemplates and speaks through his multiple or simple gaze, his bodily gesture, or this premeditated relationship that the artist proposes by linking said character with the landscape or with certain objects or circumstances to reveal his secrets to us. The protagonist always seems to be the same person, but he also seems to be the "artist", and in each painting he acts in a new proposal, in a different plot, and that is how the artist's own self is sometimes a young man, sometimes he is a mature man or even an old man.