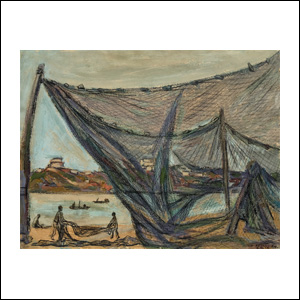 If you are interested in buying or selling an artwork by Alfredo Zalce, please send us an email to [email protected] or give us a call to +1 210-305-6528 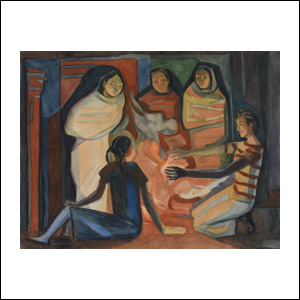 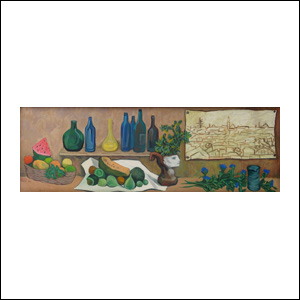 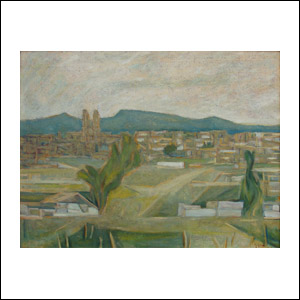 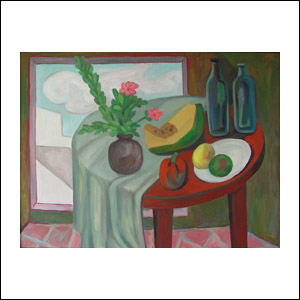 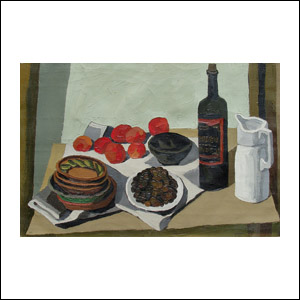 Alfredo Zalce was born in Patzcuaro, Michoacan in 1908. From 1924 to 1929 he studied at the Escuela Nacional de Bellas Artes, formerly Academia de San Carlos, in Mexico City, studying under the teaching of German Gedovius, Leandro Izaguirre, Sostenes Ortega, and Juan de Mata Pacheco, among others. In 1930 he painted with Isabel Villaseñor his first exterior mural in a rural school in Ayotla, and used colored cement for the first time in Mexico. That same year he founded the Escuela de Pintura y Escultura (School of Painting and Sculpture) in Taxco, Guerrero. In 1931 he studied lithography in Mexico City in the course that Emilio Amero taught at the Escuela Central de Artes Plásticas (Central School of Visual Arts), and later studied at the Escuela de Escultura y Talla Directa (School of Sculpture and Direct Carving).

In 1932, he presented his first exhibition at the Galeria Guadalupe Posada of the Ministry of Public Education in Mexico City. Observers discovered a new and attentive participant of that pictorial current already called "Mexican School of Painting", it is even said that Diego Rivera considered Alfredo Zalce the best continuator of the Mexican School of Painting.

From 1933 to 1937 Alfredo Zalce was a member of the Liga de Escritores y Artistas Revolucionarios (League of Revolutionary Writers and Artists) or LEAR, where they came to make engraved sheets and flyers requested by workers for their demonstrations and strikes. In 1937, when the LEAR decayed, Alfredo Zalce left it, and founded the Taller de la Grafica Popular (Popular Graphics Workshop) together with Leopoldo Mendez, Pablo O’Higgins, Luis Arenal, Ignacio Aguirre and other artists. In 1945 he traveled to Yucatan, Campeche and Quintana Roo, making a series entitled Estampas de Yucatan, edited by the workshop. In 1949 he created a visual arts workshop in Uruapan, Michoacan, which moved the following year to Morelia, Michoacan, where Alfredo Zalce lived the rest of his life.

Throughout his life he made several murals, of which many were destroyed and only photographs are preserved. Some of its most important and still preserved murals are: the fresco Exodus of the Population of the Paricutin Region, carried out in conjunction with Ignacio Aguirre and Pablo O'Higgins in the rural school of Caltzontzin, Michoacan; the mural The Defenders of National Integrity, on the main staircase of the Michoacan Museum (135 square meters); the mural Fray Alonso de Vera Cruz, in the History and Anthropology Room of the same building; the fresco Importance of Hidalgo in Independence, in the Government Palace of Morelia; the fresco History of Morelia, in the Chamber of Deputies of Morelia; and a transportable mural painted with duco (64 square meters), which is located in the Casa Natal de Jose Maria Morelos y Pavon, in Morelia.

Alfredo Zalce worked with a wide variety of techniques and materials, such as mural painting, wood carving, sculpturing in various materials, oil, pastel, ink and pencil drawing, engraving, photographic reproduction techniques, mixed media, graphic arts, reliefs in cast aluminum, among others. His works full of color and modernity represented the life and culture of Mexico. Scenes of markets, fishermen, quarrymen, workers, women, children, animals, squares, balconies, streets, villages, the countryside, and the jungle were depicted in his works. The viewer can see and feel in Alfredo's artworks, the life, movement and run of time of moments that through Alfredo's eyes and hands were captured to be seen again and again.