If you are interested in buying or selling an artwork by Carlos Merida, please send us an email to [email protected] or give us a call to +1 210-305-6528 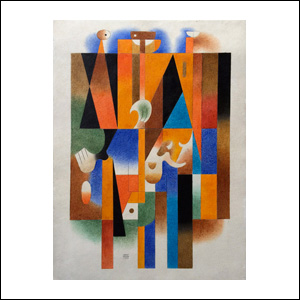 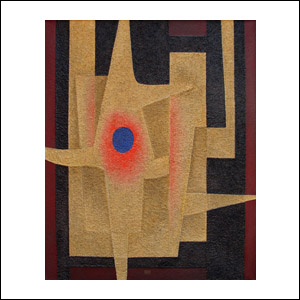 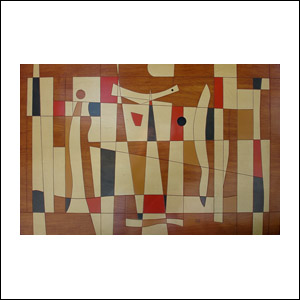 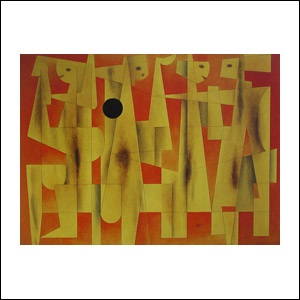 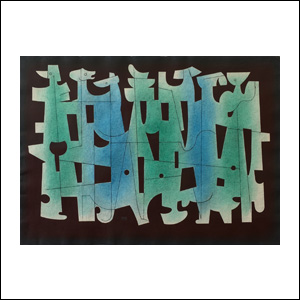 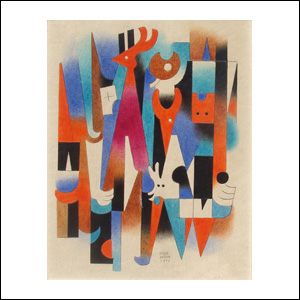 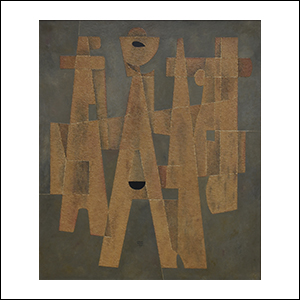 Carlos Merida was born in Guatemala in 1891. He began his painting studies at the Institute of Arts and Crafts of Guatemala under the teaching of Manuel Carrera. The first known work made by Merida dates from 1905. He moved together his family to Quetzaltenango in 1907, where he continued his painting studies with Santiago Vilchi, cartoonist, painter and photographer.

In 1909 he returned to Guatemala City where he met the artist and writer Jaime Sabartes, who was a great friend of Picasso. Sabartes arrived from Barcelona to Guatemala in 1904 where he stayed for nearly three decades influencing the art of Guatemala widely. Carlos Merida, Carlos Valenti, Santiago Gonzalez and a large group of artists constantly gathered in the house of Jaime Sabartes, who told them endless stories of his friendship with Picasso and Cubism, and they could even see the works by Picasso that Sabartes had in his collection.

In 1910 Carlos Merida, together with Carlos Valenti, induced by the ideas of Cubism that Sabartes had transmitted to them, moved to Bateau Lavoir in Paris where they met Picasso, Leger, Max Jacob, among others; as well as the Mexican artists who were in Paris at the time, such as Diego Rivera, Angel Zarraga, and Roberto Montenegro. Merida and Valenti arrived at a time when the painting was under complete transformation, and Cubism was becoming a movement. Already in Paris, they studied with Van Dongen, and then with Anglada Camarasa. Carlos Merida met Amadeo Modigliani with whom he frequently met in the Coupole. Merida commented in an interview: “Although I took lessons with Dongen and Camarasa, I did not learn to paint there, because it is impossible to learn to paint in a school. Painting is an art which rejects every routine, this has to come from the individual. I learned to paint by long conversations about things that had nothing to do with painting, particularly with Modigliani. Paris was an incredible place at the time, I absorbed everything and all nourished me.”

Carlos Merida and Carlos Valenti lived in a studio next to Roberto Montenegro's studio. A few months after arriving in Paris, Carlos Valenti commits suicide. One night after visiting Van Dongen, Carlos Merida finds the studio closed. Valenti was dead in bed with two shots in the heart, then Merida moved to Roberto Montenegro's studio where he continued working and meeting people such as Juan Gris, Braque and all the other Cubists.

In 1914 with the declaration of the First World War, many of the artists including Merida fled to New York, and already being there, they were call to be recruited as American soldiers, therefore Merida fled to Cuba and finally back to Guatemala. He began working again and discovered his interest in his American roots, and in the glorious past of the Mayans. He began to observe Guatemalan folklore carefully and use it in his works. Remote inner voices began to claim him, his father was pure Maya and his mother's parents were Zapotecs of Oaxaca. Carlos Merida said: “I wanted to use the techniques and resources that I had brought with me after four years of study in Europe. I had inherited from my ancestors, the Mayans, the love for the elegance of abstraction.”

In 1919 he married Dalila Galvez and together they moved to Mexico City where they established their residence and had two daughters, Alma and Ana. Since his arrival Carlos Merida joined to the art and society of Mexico. His activities included easel painting, mural and teaching. In 1920 he presented his first individual exhibition in Mexico at the National Academy of Fine Arts. In 1922 he was Diego Rivera's assistant in the execution of the mural of the Bolivar Amphitheater of the National Preparatory School, together with Luis Escobar, Xavier Guerrero, Amado de la Cueva and Jean Charlot. In 1923 he participated in founding the Union of Technical Workers, Painters and Sculptors of Mexico, and was commissioned by Jose Vasconcelos, Minister of Public Education, to paint two murals in the Children's Library of the building of the Ministry of Public Education.

His second stay in Paris was from 1927 to 1929, giving rise to another transformation in his style. He was fascinated by the surrealism of Klee, Miro, Picasso, and the abstract expressionist fantasy of Kandinsky. Merida absorbed some of the most lyrical elements of surrealism and at the same time moved towards greater abstraction. He presented an individual exhibition at the Galerie des Quartre Chemins, in Paris.

In 1929 he returned to Mexico and was appointed along with Carlos Orozco Romero directors of the National Theater Gallery in Mexico City, currently called Museo Palacio de Bellas Artes. He also taught at the Central School of Visual Arts. In 1932 he was appointed director of the School of Dance of the Ministry of Public Education of Mexico, and in 1933 taught a course on Visual Stage in the School of Dance.

Carlos Merida had a constant presence in the United States of America. He presented several exhibitions of his work both in galleries and museums. His first individual exhibition in the United States was at the Valentine Dudensing Gallery in New York in 1929. He was invited to teach fresco painting techniques at North Texas State Teachers College in Denton, Texas, in 1941, and remained for two years in the United States. In 1967 he made a mural at the Convention Center in San Antonio, Texas.

In 1949 Merida became interested in the visual integration of painting and architecture. He collaborated with the mural decoration of the constructions of the architects Mario Pani, Enrique del Moral and Salvador Ortega. In 1950 he made the murals of the complex Miguel Aleman and the bar Los Eloines in Mexico. He also began his great mural work in the complex Presidente Juarez. In 1953 he made the murals for the Reaseguros Alianza Building and the Chapultepec Building.

In 1964 he finished the murals in the Manacar Cinema, Museo Nacional de Antropologia, and Torre de Nonoalco in Mexico City. In 1967 he made a mural in the Aristos Hotel and another in the Omega Building in Mexico City.

In 1980, the Ministry of Foreign Affairs of the Mexican government awarded him the Aguila Azteca.

Carlos Merida died in 1984 at the age of ninety-three in Mexico City.