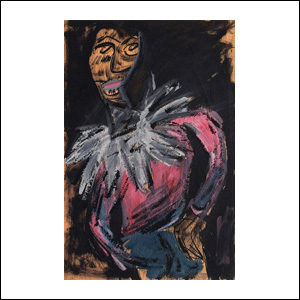 If you are interested in buying or selling an artwork by Chucho Reyes, please send us an email to [email protected] or give us a call to +1 210-305-6528 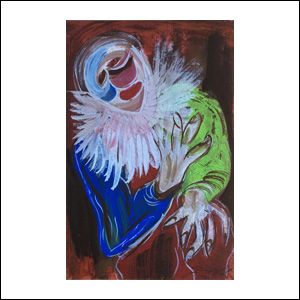 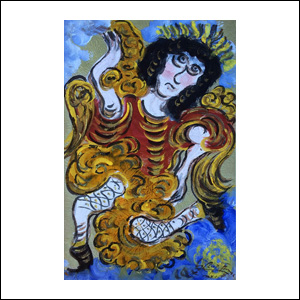 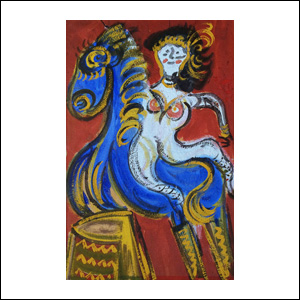 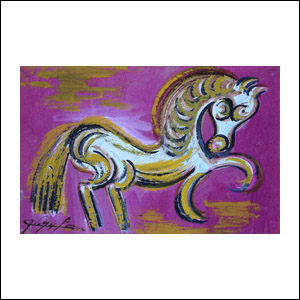 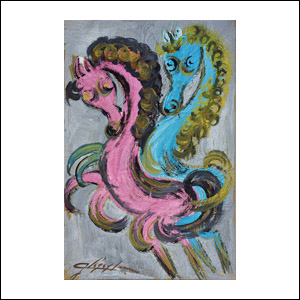 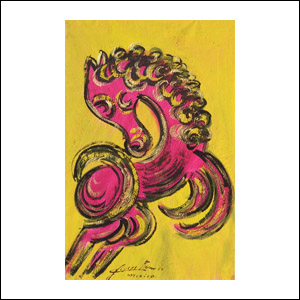 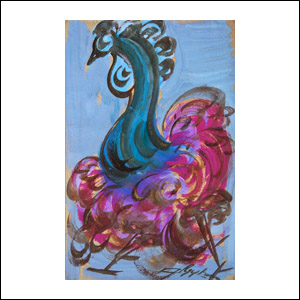 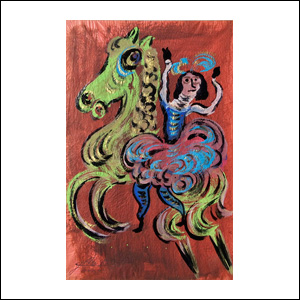 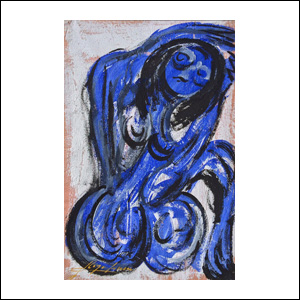 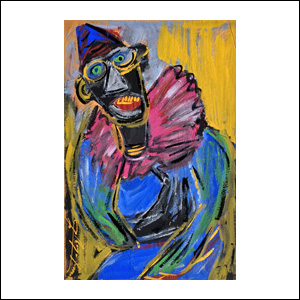 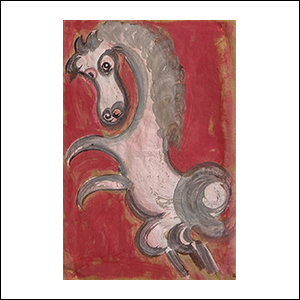 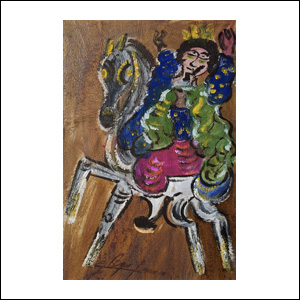 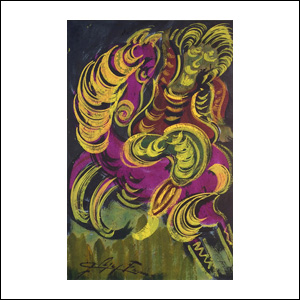 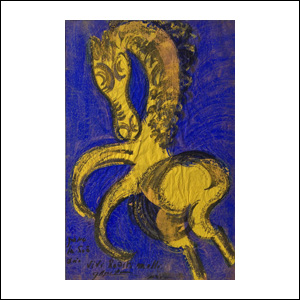 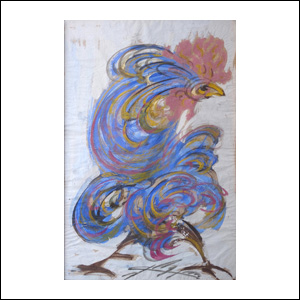 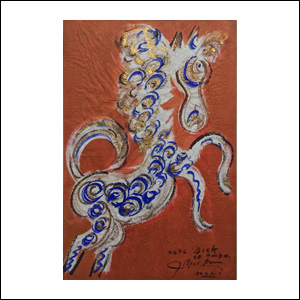 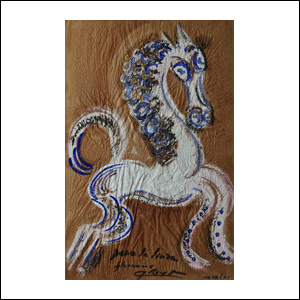 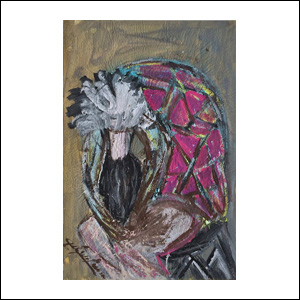 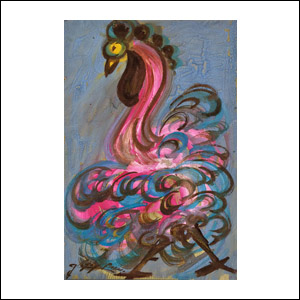 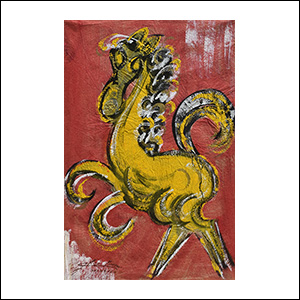 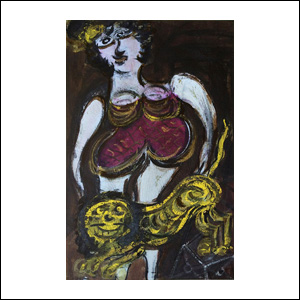 JESUS ​​REYES FERREIRA, more commonly known as CHUCHO REYES has been considered for decades as one of the most original artistic personalities of Mexican art of the twentieth century. Antiquarian, decorator, stage designer, character of irresistible fascination. The influence and mastery of Chucho Reyes was recognized by personalities such as Luis Barragan, Mathias Goeritz, Juan Soriano, Paul Westheim, Octavio Paz and many others, as well as Picasso and Chagall admired the inventive force and color of his painting. (Source: "Chucho Reyes", text by Lily Kassner, Editorial RM, Mexico 2002)

Pristine and contemporary manifestation of a truly national art (we cannot talk about art in Mexico without referring to Chucho Reyes, the poet Carlos Pellicer wrote), his painting was nourished greatly on the folk art: materials, motifs, themes and color were taken (and then transformed by him) of festivities and traditional celebrations of the Mexican people.

Clearly he did not attempt to express this nationalist character through a predetermined conception or with a rampant folklore in which many painters fell in their search for the "true nature of the Mexican" after the triumph of the Revolution of 1910, when they directed their attention to the original sources in search of Mexican identity.

This was a reciprocal action. Reyes did not only drink in folklore sources, also enriched them by his vast contribution, as one of his most famous disciples, Juan Soriano accurately pointed out: "The folklore invents to him and he invented the folklore. He is both source and sea at the same time."

In this regard, David Alfaro Siqueiros gave us this strong opinion:

A folklorist painter? No way! That would be an aberration: Jesus Reyes Ferreira is an authentic, great creator of popular root. A creator who does not invent a popular or retro style like all formalists of today ... the popular style arise from his interior, his body, his emotion and not from the intellect or the head. Thus, he is comprehensively Mexican and an example of aesthetic for us. (Source: "Chucho Reyes", text by Lily Kassner, Editorial RM, Mexico 2002)

The Mexican Chagall. In 1942, when Marc Chagall came to Mexico to make Aleko ballet's scenography, Jesus Reyes Ferreira had the opportunity to meet the Russian master. Hours before the beginning of the performance, Chucho Reyes gave him a set of artworks. A little surprised, Chagall unwrapped and placed them on the stage floor. Fascinated by this gesture and the beauty of the works that were offered as a token of admiration, the Russian painter hugged him, thanking him and said: "You are the Mexican Chagall.” The Russian painter enjoyed the hospitality of Jesus Reyes, a few days before leaving for Europe he lived in Chucho Reyes’ house. (Source: "Chucho Reyes", text by Lily Kassner, Editorial RM, Mexico 2002)

Visionary, his particular aesthetic point of view is an example of Mexican modernism, which was expressed not only pictorially, but also in his sculptural creations and in his conception of architecture, discipline in which his influence was decisive in renowned architects, such as Luis Barragan, Mathias Goeritz, Max Cetto, Juan Sordo Madaleno and Ricardo Legorreta. (Source: "Chucho Reyes", text by Lily Kassner, Editorial RM, Mexico 2002)

Since the beginning, the materials selected by the artist for his work reflect the modest attitude that he has to paint. Instead of canvas and oil painting (which later he used) he employed tissue paper or brown paper, prepared by himself, and cheap cardboard. It is not surprising that his first works recall the Mexican festivities, because those are precisely the materials that the people use to decorate the streets, churches and gardens in their celebrations. The color is a major element in his painting, since in his work is reflected the cobalt blue of the indigenous hermitages, the brilliant tones of paper flowers that adorn the altars, the contrast of the combinations in dancers’ costumes, and the designs of the motifs in folk clay and pottery decoration. Chucho Reyes employed the tempera technique. Usually, prepared by combining pigments with boiling water, and vegetable glue. Subsequently, many of his works presented a "crackle" or "antique" effect, that the painter achieved by adding white lead to the mix. Further, he incorporated gold and silver leaf, which becomes hallmark of his paintings. (Source: "Chucho Reyes", text by Lily Kassner, Editorial RM, Mexico 2002)

With a marked expressionist character, the painter uses bold strokes of strong color with lines that close, open or move the space at will. The plasticity of tissue paper and its fragile consistency is used in creating backgrounds, textures and colors. Sometimes the artist joins two or more paper layers with the aim of achieving better suited tones for his themes. Even many of his tests and experiments are directed towards obtaining new effects, so that Chucho Reyes tries to get the most of his materials. In many of his paintings there are several planes, not of perspective but of color, including in these colors the original tone of the tissue paper (either altered by overlapping colors or kept intentionally pure somewhere in the pictorial space) that always is of paramount importance. (Source: "Chucho Reyes", text by Lily Kassner, Editorial RM, Mexico 2002)

The painting of Jesus Reyes Ferreira is built on three major themes: the still lives, the bestiary and the apocalyptic figures. These three manifestations are intertwined and mixed with each other to form the unity that characterizes his work.

The roosters and horses are the zoomorphic figures that exerted greater appeal to his imagination, but lions, tigers and bulls are also present. They all are show animals: of Palenque and circus, of square and fair. The painter shares his love and fascination for these beasts with the people and children.

In spite of the inevitable fascination caused by his still lives and his bestiary, the Reyes Ferreira painting reaches its maximum expression and depth, when he captures the human being. In this case we meet again an eccentric kind of creature. We are not facing the man who reflects his vital interests, but in front of pariahs and outcasts; marginalized beings, equally full of joy and misery: clowns, circus performers, monks and prostitutes. On the other hand, there are other themes that concern and captivate him: children, Christs, angels and skulls, all them full of mythical content, to the extent they represent a symbolic world of almost unearthly, metaphysical and religious figures. It is an intimate and personal cosmogony, whose fantastic halo gets away from classical mythology. (Source: "Chucho Reyes", text by Lily Kassner, Editorial RM, Mexico 2002)

The in Love Mausoleum. Yes, Jesus Reyes sees the world as if it were a show. In several of his paintings, there is the legend "va a empezar la función" (the show will start). That’s why he always represents his beings (beasts, humans, or suprahumans) under a curtain or located in scenic areas: a circus or an alcove, on a religious ground or at a fantastic level. (Source: "Chucho Reyes", text by Lily Kassner, Editorial RM, Mexico 2002)