If you are interested in buying or selling an artwork by Francisco Corzas, please send us an email to [email protected] or give us a call to +1 210-305-6528 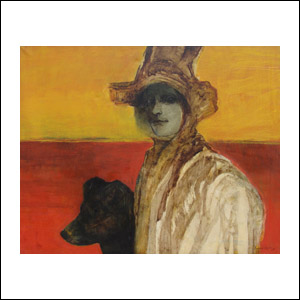 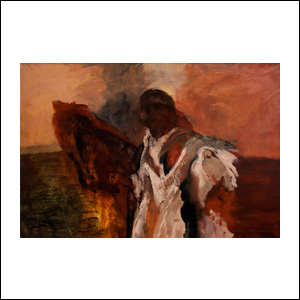 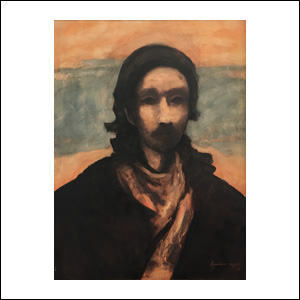 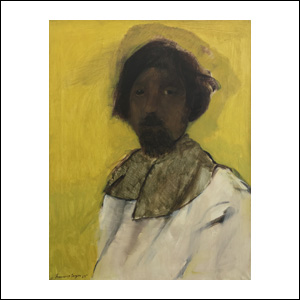 Francisco Corzas was a Mexican painter and printmaker who belonged to the Rupture Generation. He was born in Mexico City on October 4, 1936. At 14 years of age he entered the National School of Painting, Sculpture and Engraving "La Esmeralda” in Mexico City, there he studied from 1951 to 1955. During that time, he discovered that not only had a talent for painting, but he also had an exceptional baritone voice, allowing him to earn a living. He also enrolled in the Taller Libre of artist Carlos Orozco Romero to take the Natural Drawing course.

Francisco Corzas traveled to Italy to study, arriving in Rome on January 11, 1957, accompanied by Humberto Kubli, a fellow student in "La Esmeralda”. Kubli returned to Mexico shortly after, but Corzas stayed in Rome in the old Trastevere neighborhood. He studied the fresco painting technique at the Academia San Giacomo. During his stay in Europe he visited several museums to study classical European art, which had a great influence on its aesthetics.

In 1958, Francisco Corzas met Bianca Dall'Occa Osti, who accompanied him back to Mexico and married him in 1959. They remained together until his death, however the relationship was stormy as Corzas was fascinated by music, the poetry, dance, and the joys of life, including romances.

Francisco Corzas belonged to the Rupture Generation in Mexico, which included those who participated in abstract aesthetics, such as Lilia Carrillo, Vicente Rojo, Fernando Garcia Ponce and Manuel Felguerez; and those who did it within the figuration, such as Francisco Corzas, Jose Luis Cuevas, Rafael Coronel, and Alberto Gironella.

In 1965, he won first prize in Salon 65, at Instituto Nacional de Bellas Artes, in Mexico City. In 1967, the government of France granted him the Des Arts Scholarship, through which he resided for one year in Europe. He returned to Italy where he attended the Nude Class at the Academy of Fine Arts in Rome. In 1972, he presented a great retrospective exhibition with works made from 1962 to 1972, at Palacio de Bellas Artes, Mexico City. In 1973, he returned to Europe again and made two oils for the Vatican: Prophet and Prayer, also created 10 lithographs in the Caprini Graphics, and in Milan produced the “Umbrío por la pena series” in the lithographic workshop Giorgio Upiglio. In 1974, he lived in Paris, where he made various lithographs in the Ramsen Workshop. In 1976, back in Mexico, he received a scholarship from Fundacion Cultural Televisa to carry out the various works that make up "Agonías y otras ofrendas", which he exhibited at the Museum of Modern Art in Mexico City.

One of Francisco Corzas' favorite themes was the female nude, whose archetypes are linked to the end-of-century conception, of the femme fatale, of the man-eating woman who is capable of possessing the artist's soul.

Francisco Corzas was very interested in the development and aesthetic possibilities of paraphrase and what is now known as art by appropriation, which Robert Atkins defines as “borrowing”. For this author, "appropriation is the practice in which a new concept is created by taking a pre-existing image from its original context, combining what has been taken with other novel images.”

The easel works, as well as the magnificent graphic production of Corzas, are dedicated to the representation of characters, couples, nudes or fantastic beings that are sometimes accompanied by animals, which shows their great interest in the "rational-human" and in what we consider as its opposite, the “instinctive-animal”, aspects that it shares with Velázquez and Goya, for whom the knowledge and study of man were fundamental. Corzas creates the transhumants, people whose clothing dates back to the 17th century; beings without destiny that travel through time and have no place in a defined place. Their expressions have left the line, and with it they acquire an air of mystery. They look at the viewer while directing their sight towards infinity.

Francisco Corzas passed away on September 15, 1983 in Mexico City.