If you are interested in buying or selling an artwork by Gunther Gerzso, please send us an email to [email protected] or give us a call to +1 210-305-6528 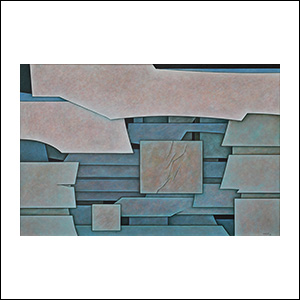 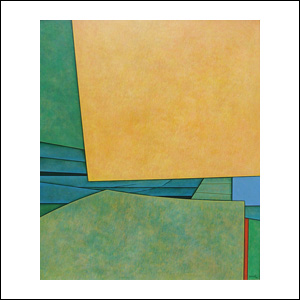 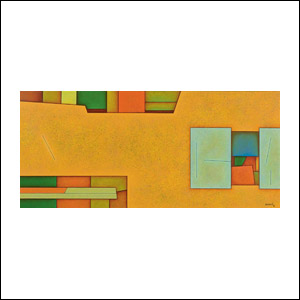 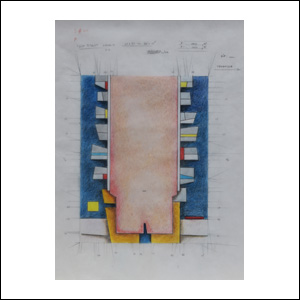 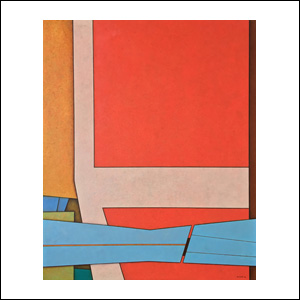 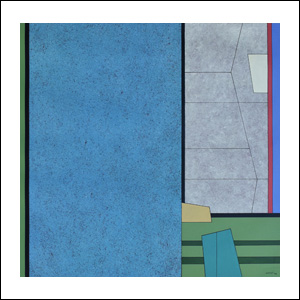 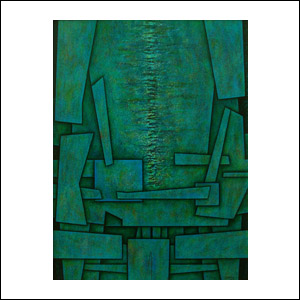 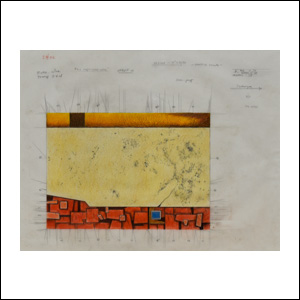 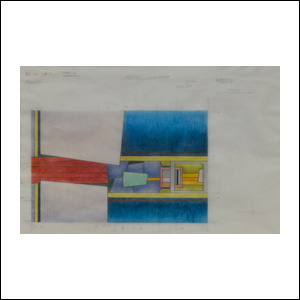 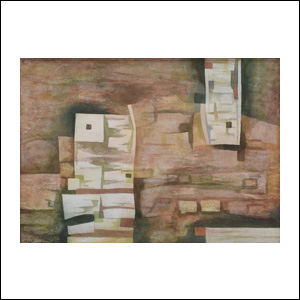 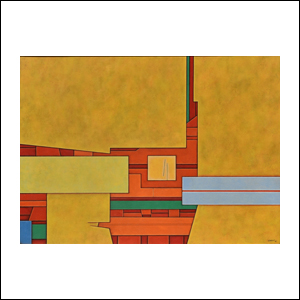 Gunther Gerzso was born in Mexico City on June 17, 1915, in the midst of the Mexican Revolution. He began his professional life as a stage designer, and later became one of the great painters of Latin America. Although he belongs to the generation of painters of the modern post-revolutionary period, such as Raúl Anguiano (1915), Ricardo Martínez (1918), and Juan Soriano (1920), he is considered one of the forerunners of the Rupture Generation of the 1950s , and exponent of a "geometric abstraction" or as he called it "abstract surrealism”.

Gunther Gerzso was the only child of the marriage of Dore Wendland and Oscar Gerzso. His father, originally from Budapest, Hungary, a non-orthodox Jew, emigrated to Mexico in 1895, and in Mexico he married Dore Wendland from Berlin. When Gunther Gerzso was barely six months old, his father died. A year later his mother remarried another European immigrant, the German Ludwig Diener. Due to the economic instability that occurred in Mexico as a result of the Revolution, the Diener family moved to Europe where they remained from 1922 to 1924. Upon returning to Mexico his mother divorced Diener and sent Gunther Gerzso to live in Lugano, Switzerland with his maternal uncle, Dr. Hans Wendland and his wife, who was a renowned antiquarian who made his fortune as an art dealer in Paris before World War I, and then in Switzerland. In Gerzso's words: “I received my artistic education from my mother's brother, who was an art dealer in Switzerland. My uncle negotiated with works of the caliber of Rembrandt, Cezanne, Titian ”, the truth is that the years he lived with Uncle Hans Wendland strengthened his knowledge and appreciation for pictorial art, taught him to look at things. His most significant experience of those years was meeting the stage designer Nando (Fernando) Tamberlani, according to Gerzso's words: “One of those summers my uncle returned accompanied by a very handsome Italian. He was a theater set designer. As soon as my aunt saw him, she suggested him to stay with us all summer, that he would have enough peace of mind there to prepare his work. We became very close friends, his work impressed me to the degree that I thought: I want to be a set designer, but I didn't tell anyone. ”

In 1931 Gunther Gerzso returned to Mexico and continued his studies at the German School. He began to draw and became interested in the theater, he did drawings of costumes. In 1935, Gerzso won the design competition for the costumes for the stagings of a festival that was held at the Palacio de Bellas Artes in Mexico City. That same year at the suggestion of Arch Lauterer, a drama professor at Bennington College in Vermont, Gerzso's mother sent him to study in the United States with Frederic McConell, director of the theater company The Play House in Cleveland, Ohio. They admitted assistants and allowed them to study without paying tuition. Gerzso said that there were about twenty people who aspired to be actors, except for him, who was interested in scenery. This is how Gunther Gerzso came to the right place to channel his goals, and in the four years that he worked as a set designer for The Play House, he was able to perform successfully and with recognition.

During his stay in Cleveland, he also developed his painting, made works that reveal the surprising artistic growth he experienced in that period, and reveal both his deep interest in European avant-garde painting and his approach to the artistic languages used by some of the most renowned painters of modern Mexico. He painted oils on canvas and cardboard, watercolors and temples, drawings and notebooks; the themes were stage sets, wardrobe studies, and the vast majority were free exercises and original compositions. In 1939, he managed to get two of his drawings accepted for the annual exhibition of artists held at The Cleveland Museum of Art. The vast majority of these works remained in the collection of his friend and actor Thomas Ireland.

In 1939 his mother passed away. A year later Gunther Gerzso married Rilla Cady (Gene) who was also studying at The Play House. Gerzso returned to Mexico with his wife in 1941, upon arrival he bought Julio Castellanos' house that Juan O’Gorman had designed. Gerzso had formed a friendship with Julio Castellanos from years before and had even bought him some works. Gunther Gerzso began to work making sets for films produced by Jacques Gelman, and it was almost secretly that he painted, it is believed that he spent time studying painting with Carlos Orozco Romero because his ties to him were of disciple and teacher.

Several surrealists migrated to Mexico. The photographer Kati Horna and the sculptor Jose Horna arrived in 1939. Esteban Frances arrived in 1942. The poet Benjamin Peret along with his wife Remedios Varo arrived in the fall of 1941, and Leonora Carrington arrived in late 1942. They all lived in the Gabino Barreda street. Gunther Gerzso met them and joined the group, thus absorbing all the surreal ideas that this group of migrant artists had brought from Europe. Gerzso remembered that on the walls of the humble house they shared there were originals by Picasso, Miró and Tanguy, and there they discussed about art.

Gerzso's works from 1942 show his integration into surrealism, at first with a “biomorphic abstraction of surrealism”, and then in 1946 he created his landmark work, Tihuanacu, which he would call “the father (or mother)” of all his paintings, marking a decisive turn in the artist's career, represented the change from "biomorphic abstraction of surrealism" to "architectural abstraction". Even though he relied on cubism and constructivism to formulate the early stages of his characteristic geometric abstraction represented by works like Tihuanacu, he also maintained his commitment to concepts of European surrealism that he had experimented with since he met the exiled surrealists. In his paintings of maturity, he kept his conviction to express a reality beyond the superficial reality; the value of intuition and free association; the importance of the unconscious and the emotional; and the need for mystery and poetry in art. What he said in 1985: "Today I am still surreal ... what I do is a kind of abstract surrealism", indicates that he always continued to consider himself a surrealistic painter.

Gerzso found in pre-Hispanic art a decisive inspiration for abstract painting. His love for art and ancient architecture in Mexico began in the mid-1940s, and was due, in part, to his relationship with Wolfgang Paalen and Miguel Covarrubias. Gerzso would remember: "I have a great influence on pre-Hispanic art, which I discovered in 1946 when I met Miguel Covarrubias and talked to Paalen.”

For Gunther Gerzso, 1950 was a watershed moment in his career: his first exhibition at the Galeria de Arte Mexicano defined him as the first abstract painter in Mexico. From that moment on he continued creating oils, drawings, engravings, and sculptures that he presented in different galleries and museums in Mexico and the world. Several books have been written about his work and his paintings are part of important collections, both public and private.

Gunther Gerzso died in Mexico City on April 21, 2000, at the age of eighty-four.