If you are interested in buying or selling an artwork by Jose Chavez Morado, please send us an email to [email protected] or give us a call to +1 210-305-6528 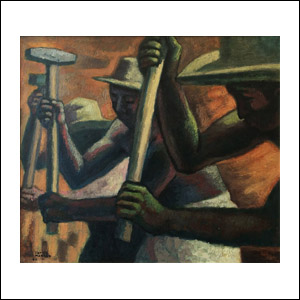 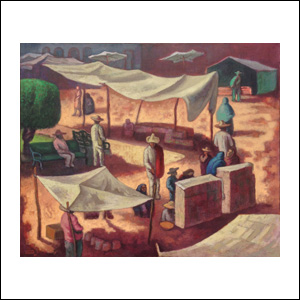 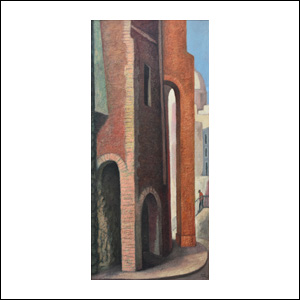 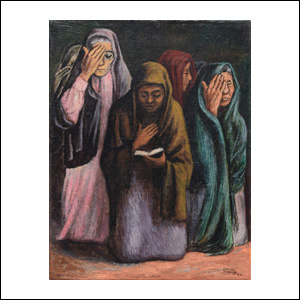 Jose Chavez Morado was born in Silao, Guanajuato in 1909. He belonged to the group of artists of the Mexican School of Painting. He was the last Mexican muralist of the next generation to Diego Rivera, Jose Clemente Orozco and David Alfaro Siqueiros. Like most other muralists, from an early age he actively participated in the movements of the Mexican left. He was always committed to education, as well as the promotion of art and culture.

He became a regular reader since he was a child, thanks to the library that his grandfather owned where he had access to history, poetry and art; the illustrations sparked his interest in drawing.

At the age of 16 he made a trip to the United States as an undocumented worker, where he worked on farms, and fishing for salmon in the northern hemisphere. Attracted to art, he took classes at the Chouinard School of Art in Los Angeles, California. He met Jose Clemente Orozco while watching him execute the Prometheus fresco at Pomona College.

In 1930, he returned to Silao for a short time. A year later he entered the Escuela Nacional de Bellas Artes (National School of Fine Arts) in Mexico City. He had Francisco Diaz de Leon, Bulmaro Guzman, Emilio Amero, among others, as teachers. He also studied in the Centro Popular de Pintura Saturnino Herran, where he met Leopoldo Mendez.

In 1933, he was appointed professor of drawing in primary and secondary schools, beginning a long career dedicated to artistic education for more than thirty years. In 1935, he married the German-born painter Olga Costa and was appointed Chief of the Visual Arts Section of the Ministry of Public Education, a position he held for two years. In that same year he made his first mural at the Escuela Normal Veracruzana with the theme The Anti-Imperialist Struggle.

He joined the League of Revolutionary Writers and Artists (LEAR), an organization that spoke out against fascism and imperialism, and whose activities were closely linked to the working class. In 1937, thanks to the support of Lazaro Cardenas, Chavez Morado, as a representative of LEAR, traveled to Valencia, Spain, to the Congress of Antifascist Writers, together with Silvestre Revueltas, Jose Mancisidor, Carlos Pellicer, Fernando Gamboa, Juan de la Cabada and Octavio Paz . Chavez Morado had the task of presenting the exhibition One Hundred Years of Mexican Revolutionary Art.

In 1938, the LEAR was dissolved, and Chavez Morado founded, together with Alfredo Zalce, Pablo O’Higgins, Leopoldo Mendez and Luis Arenal, among others, the Taller de la Gráfica Popular to which he belonged until 1941.

In 1942, he ventured into journalism by editing four issues of the magazine El Eje-Le, and later collaborated in the newspaper La Voz de México under the pseudonyms "Juan Brochas" and “Chon".

In 1948, he proposed to the newly created Instituto Nacional de Bellas Artes (INBA) the need to form working groups whose objective was to include all branches of artistic work in the urban and architectural environment. Concept that was named Visual Integration. With the support of INBA, the Visual Integration Workshop emerged in 1950, of which he was director. In 1952 he made three murals in the Science Tower (now Tower II of Humanities) of Ciudad Universitaria. In 1954, he worked together with Juan O´Gorman on a mural with industrial ceramic pieces in the architectural complex that would be occupied by the Ministry of Communications and Transportation. He made another mural at Ciba Laboratories in Mexico. In 1955, he made the mural The Abolition of Slavery by Don Miguel Hidalgo y Costilla on the main staircase of the Alhondiga de Granaditas. In 1957, he made a mural in the National Medical Center of the Mexican Institute of Social Security. The architect, Enrique Yañez, adapted the characteristics of functional architecture, with the ideas that Chavez Morado handled about visual integration.

In 1959, he was appointed head of the mural decoration workshop at the Centro Superior de Artes Aplicadas. In 1960 the architect Pedro Ramirez Vazquez and Chavez Morado undertook a joint work. The architect designed a didactic exhibition space in which the route was planned in a spiral way; hence the name by which it is commonly known: Museo del Caracol, and Chavez Morado was commissioned with a mural having as its theme the various ethnic groups that have shaped modern Mexico. In 1964, Pedro Ramirez Vazquez designed the Museo Nacional de Antropología e Historia (National Museum of Anthropology and History) in Mexico City, where Jose Chavez Morado made a mural in one of the exhibition rooms and the relief decoration of the column in the central courtyard.

In 1966, he settled his residence in Guanajuato, in a space that he adapted as a home and studio, which he donated years later for the Olga Costa and Jose Chavez Morado Museum. In that same year, at the request of the Government of Guanajuato, he began the adaptation of the Alhondiga de Granaditas to turn it into a museum and was appointed director of it. In 1979, the Museo del Pueblo de Guanajuato was founded, and he was also appointed director of it. In 1981, he designed a 10 meter diameter high relief bronze plate disc with the national emblem for the facade of the building that houses the Federal Legislative Court.

As for his easel painting, from its beginnings it denotes a great identification with the urban landscape and popular customs. By the 1940s his painting already showed a style of his own in which he talentedly combines popular beliefs, peasant religiosity, irony, criticism and fantasy. During this period the social content becomes evident and in some of these pieces fantastic reminiscences are observed, traces of surrealist painting, which will never disappear from his work. In his own words: “For me, realism does not exist, because the artist must be unfaithful or he is not an artist, but a camera. Now, how many documents do you require to turn it into fantasy, that is what is in dispute. Each one takes what they need. There are those who hardly allude to reality, and focus on color, movement. As soon as there is figuration, one approaches reality; even creating monsters you get closer to reality, because you propose a zoology, a bestiary of everyday life. But realism does not exist at all. What I am looking for is to lean on what I see and let it come out, sometimes very directly ”.

José Chávez Morado died at the age of 93 in Guanajuato City in 2002.