If you are interested in buying or selling an artwork by Jose Clemente Orozco, please send us an email to [email protected] or give us a call to +1 210-305-6528 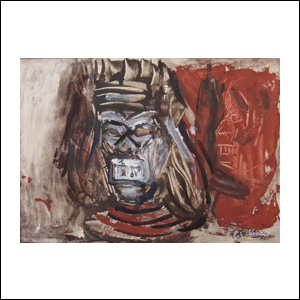 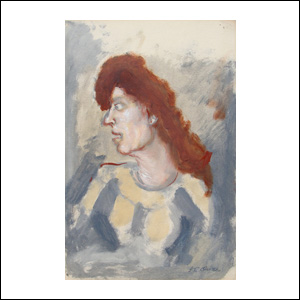 Jose Clemente Orozco was born on November 23, 1883 in Zapotlan el Grande, later Ciudad Guzman, Jalisco. He is considered one of the three great painters of the Mexican Muralist movement, along with Diego Rivera and David Alfaro Siqueiros.

His family moved to Guadalajara in 1885, where they resided for five years and then moved to Mexico City. He entered the elementary school next to the Normal School for Teachers. On the same street, the printer Venegas Arroyo had a printing press, whose publications were illustrated by Jose Guadalupe Posada, Manilla and others. According to Orozco's words: "Jose Guadalupe Posada worked in full view of the public, behind the stained glass window overlooking the street, and I used to stop delighted for a few minutes on my way to school, to watch the engraver, four times a day, at the entrance and exit of classes, and sometimes I dared to enter the workshop to steal a little of the metal shavings that resulted from running the burin on the printing metal plate. This was the first stimulus that sparked my imagination and it prompted me to draw the first figures on paper, the first revelation of the existence of the art of painting ”.

Awakened his interest in art, he entered night classes at the Academia de San Carlos in Mexico City. However, in 1897, at the wish of his family, he entered the School of Agriculture of San Jacinto, and for three years he studied the major of Agricultural Expert. In 1900, he enrolled in the National Preparatory School with the purpose of studying architecture later. In 1904, his interest in painting made him abandon his preparatory studies in order to return to the Academia de San Carlos. Some of his teachers were Antonio Fabres, German Gedovius and Leandro Izaguirre, among others.

He worked as a cartoonist for the radical newspapers El Imparcial and El Hijo del Ahuizote. In 1912, he installed his first studio in Mexico City, where he made works with themes of women and brothels, made in watercolor, pastel, ink, and oil on paper, which he presented in his first exhibition at the Biblos Library in 1916.

Orozco moved to Orizaba in 1915, the capital of the state of Veracruz that was under the control of Venustiano Carranza. There he made cartoons and illustrations for the Carrancista newspaper La Vanguardia, of which Dr. Atl was the editor. At that time he made a series of drawings with themes of the Mexican Revolution. They are simple drawings, many of them executed with halftone and strong chiaroscuro; some of great seriousness, others of horrifying tragedy, and others of great realistic sense, historical documents of great value.

He traveled to the United States in 1917. When he crossed the border, customs agents confiscated many of his works with women's themes, considering them indecent. He settled in San Francisco, and visited New York. A year later he returned to Mexico and joined the mural movement that was being born in Mexico led by Diego Rivera. From 1922 to 1924, he painted his first murals at the Escuela Nacional Preparatoria (former Colegio de San Idelfonso, founded by the Jesuits), where Diego Rivera and Siqueiros were also doing other murals. He married Margarita Valladares, with whom he had three children (Clemente, Alfredo and Lucrecia) and became a contributor to the radical newspaper El Machete. In 1925, he painted the mural Omnisciencia in the Casa de los Azulejos. In 1926, he resumed work on the murals of the Escuela Nacional Preparatoria and painted the mural Social Revolution at the Escuela Industrial of Orizaba.

On November 11, 1927, Orozco traveled to New York with the help of his friend Anita Brenner to stay in the United States until 1934. Already in New York he became friends with Alma Reed and Eva Sikelianos, who introduced him to the artistic sphere and high society. He started to paint in his studio and to make lithographs. His works were exhibited in galleries and museums, both in group and individual exhibitions. In 1930, he made his first murals in the United States, a fresco on the subject of Prometheus at Pomona College, and murals at The New School for Social Research in New York. From 1932 to 1934, he made various murals at The Baker Library at Dartmouth College, Hanover, New Hampshire.

In 1934, he returned to Mexico to do the mural Catharsis at the Palacio de Bellas Artes. In 1936, he moved to Guadalajara, Jalisco, where he made some murals in the dome of the University, in the vault of the Government Palace, and in the Hospicio Cabañas. In 1940, he made several murals at the Gabino Ortiz Library in Michoacan, and returned to New York to paint the transportable mural Dive Bomber at the Museum of Modern Art. In 1941, he made a series of murals at the Supreme Court of Justice in Mexico City. From 1942 to 1944, he made a mural in the Church of the Hospital de Jesus in Mexico City. In 1947, he painted a mural in the house of Dr. Jose Moreno, currently part of the INBA collection, and several murals at the Escuela Nacional de Maestros. In 1948, he painted the vault of the Chamber of Deputies in Guadalajara.

Jose Clemente Orozco died on September 7, 1949 in Mexico City, while starting a mural in the Miguel Aleman multifamily building. He was buried in the Rotunda of Illustrious People, in Mexico City.