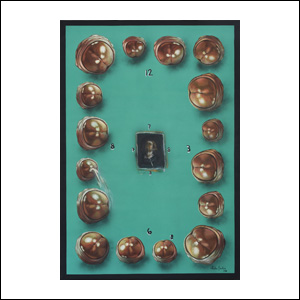 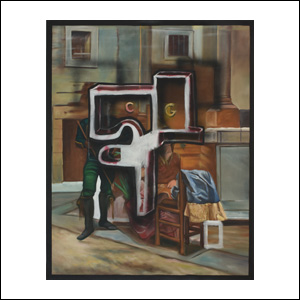 If you are interested in buying or selling an artwork by Julio Galan, please send us an email to [email protected] or give us a call to +1 210-305-6528 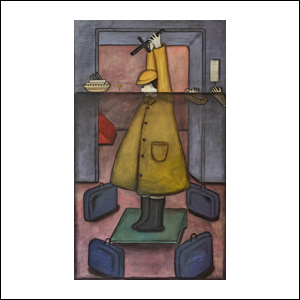 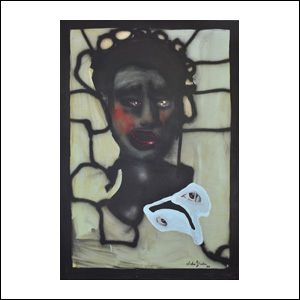 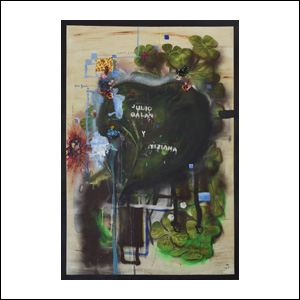 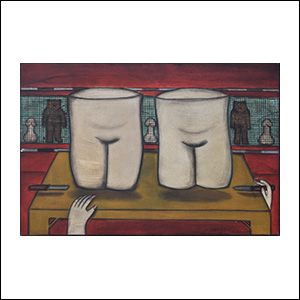 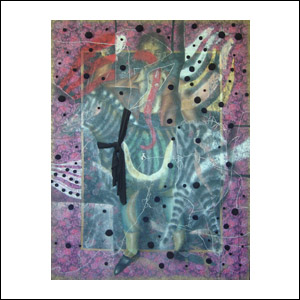 Julio Galan was born on December 5, 1959 in Muzquiz, Coahuila. At the age of 10 he moved to Monterrey, Nuevo Leon. As a child he liked painting, according to his words: “Vocation was born with me. I can't remember now when I painted the first one. I always painted, my parents framed them, it sounds contradictory, but they framed them. I felt, what I feel right now, the need to discover something new. I am always chasing something new in the paintings, I find myself more and more. My paintings are not only surprising but also a mirror ”

In 1977, he began studying architecture because of the insistence of his parents, meanwhile he only wanted to finish his major as soon as possible so that he could go to New York and begin his artistic life. He continued painting and at 21 years of age he had his first solo exhibition at the Galeria Arte Actual Mexicano in Monterrey, Nuevo Leon. From that moment on, a very productive life began, presenting individual exhibitions each year in Mexico, New York, Holland, Italy, Paris and other cities.

It was not until 1984 that his dream came true, he moved to New York where he remained until 1990. During his stay in New York he painted and had contact with the art that was exhibited at the time. He presented solo exhibitions in various galleries in New York and at the same time in 1987 he presented his first solo exhibitions at the Museum of Modern Art in Mexico City and the Museo de Monterrey.

He liked collecting antiques, a taste he inherited from his grandfather Adolfo. He also liked to dress up or carry some of his fetishes. His painting is autobiographical, he uses disguises, portrays his fetishes, writes phrases that speak of his feelings, thoughts, or simply that arose in the moment, sometimes they are tales or stories. His work being associated with his personal life was changing as he was changing and his life was unfolding. His life and work was always full of riddles, an amazing universe, and fantasy.

The famous writer Sergio Pitol described Galan art in a very accurate way: “Julio Galan's art is developed as in a perpetual ceremony or a costume ball. His leading character - himself - constantly appears transvestite, masked, hidden among smears, shavings, inscriptions, indentations. In Julio Galan's artistic proposal we find, like few others, that permanent attitude of risk, that possibility of risking everything for nothing as a result of an interior need, the renunciation of folding his vision to any type of authority. Sensuality and passion are determining factors in his work. His dedication is undeniable. He does not allow any order or decree to govern his work, he does not flatter. And he could hardly do it, since his is a painting that arises almost in its purest form from the irrational zone, from the unconscious, that only territory that, as Dorfles pointed out, has fortunately managed to remain unscathed by the intervention of the machine, of the official control , of the abomination of the market. Yielding to these powers has paralyzed many artists, has prevented them from expressing themselves fully, has neutralized, deformed, and sometimes destroyed them. Julio Galan senses that the world we observe, this one in which we move, has become a mask of the world. Through perfectly genuine images, reminiscences, fears and desires, of harassment and stalking, guided by a grabbing and ungraspable Eros, the painter tries to rescue what still seems salvageable from this simulacrum of the world, to make it "real", it is to say transform it into painting: the chaos that Julio Galan introduces in his paintings becomes form ”.