If you are interested in buying or selling an artwork by Rufino Tamayo, please send us an email to [email protected] or give us a call to +1 210-305-6528 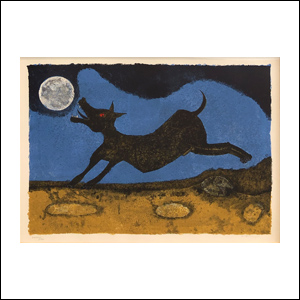 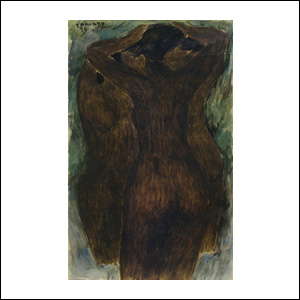 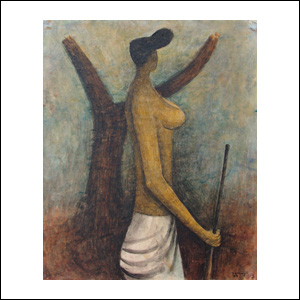 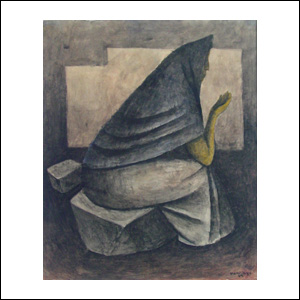 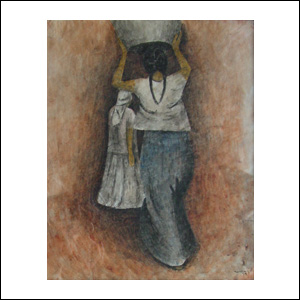 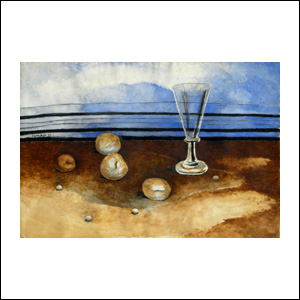 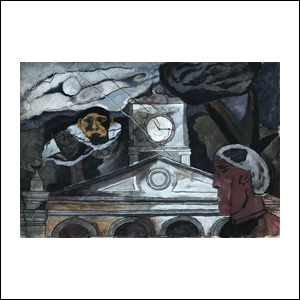 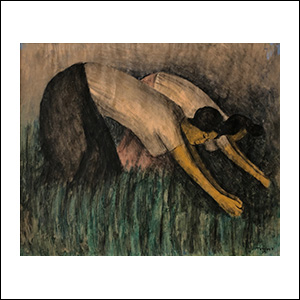 Rufino Tamayo was born on August 26, 1899 in the city of Oaxaca. He was the only son of Manuel Arellanes and Florentina Tamayo. His father abandoned the family when he was a child, so he in turn decided to abandon his paternal surname to definitively identify with his mother and the maternal family. His mother was born in the city of Tlaxiaco, a pre-Hispanic settlement that is located in the high Mixteca of Oaxaca, and that has been inhabited for more than two thousand years. After suffering the abandonment of his father, Rufino Tamayo also lost his grandfather and his mother, when he was only 8 or 9 years old. Orphan emigrated with his aunt Amalia to Mexico City at the same time that the Mexican Revolution broke out.

Although he liked music a lot and wanted to be a musician, when he arrived in Mexico City he discovered his ease of drawing and because of this his vocation to paint arose. In 1917, he entered the Escuela Nacional de Bellas Artes (National School of Fine Arts), formerly Academia de San Carlos. After three years of studying, he felt dissatisfied and disillusioned with the education he had received until then, mostly oriented towards a symbolism already in disuse. So in the early 1920s, when Alfredo Ramos Martínez was the school's director, Rufino Tamayo, along with his classmates Agustín Lazo, Gabriel Fernández Ledesma and Julio Castellanos, among others, participated in some protests demanding changes in the educational program. The system was too academic, it did not allow the freedom that the students needed and it did not adjust to the Mexican reality. Tamayo and his companions were looking for a change of view, in Tamayo's words: We rebelled against the principles imposed by the academics, for whom the perspective was everything. Textually they said "Perspective is the art of reproducing things as they are seen." Those gentlemen never realized that the artist, precisely because he is one, sees things in a different way.

A year later, in 1921, as a result of the creation of the Ministry of Public Education, Tamayo was appointed head of the Ethnographic Drawing Department of the National Museum of Anthropology, a position that allowed him to permanently abandon the National School of Fine Arts, after four years of studies. His job was to make ethnographic drawings that would serve artisans to copy designs of pre-Hispanic and popular art. This work was forceful for his future as an artist, in this regard he commented: That opened a world for me; I got in touch with pre-Hispanic art and popular arts. I immediately discovered that there was the source for my work: our tradition. So I tried to forget what I had learned at the School of Fine Arts, I even hardened my hand to start again. I began to deform things, always thinking of pre-Hispanic art. Its proportions were not the classic that I was taught at school; certainly the beauty of the human body is not found in the measure of the seven heads. In pre-Hispanic art, there is absolute freedom when it comes to proportions. I also noticed the colors that our ancestors used. From then on, Tamayo's work was defined by a formal search that took elements from both pre-Hispanic and international art; a dialectic that characterized his particular style until the end of his career.

That same year, 1921, Tamayo began to teach drawing at various elementary schools in Mexico City. In his classes he used the Best Maugard Drawing Method, which was part of the study system established by the Ministry of Public Education. The method, whose official name was the Method of Drawing, Tradition, Resurgence and Evolution of Mexican Art, known by the surnames of its creator, the painter Adolfo Best Maugard, proposed the use of seven elements extracted from pre-Hispanic and popular Mexican art, which according to Best Maugard, were the most recurring: the spiral, the circle, the half circle, the motif of the S, the wavy line, the zigzag line and the straight line.

Between 1922 to 1924, Tamayo studied modern French painting, from the Impressionists and Post-Impressionists, to the Cubists. In 1925, he rented a small studio on Calle de la Soledad, near the Merced market, a space that allowed him to focus on his painting. The following year, due to the lack of exhibition spaces, Tamayo organized his first individual exhibition in a place that he rented in Pasaje América, in Mexico City, where he presented 20 works, including oils and watercolors. It was accompanied by a catalog with text by Xavier Villaurrutia.

After the success of his first exhibition, Tamayo decided it was time to travel to New York, along with his friend, the musician and composer Carlos Chávez. With the little money they had, they rented the attic of a house on 14th Avenue, where they lived with other painters. Some of his neighbors were Marcel Duchamp, Stuart David and Reginald Marsh. Through the Mexican writer, Octavio G. Barreda, who had arrived in New York before Tamayo to carry out a diplomatic position, he met the art critic Walter Pach, who in turn recommended Tamayo with the Weyhe Gallery, which bought him some watercolors and later, in October of that same year, 1926, they presented Tamayo's first solo exhibition in New York. In November 1927, he presented his second solo exhibition at The Art Center, New York. On that occasion he exhibited 52 works. Frank Crowninshield, editor of Vanity Fair magazine and art collector, whom Tamayo met through Miguel Covarrubias, presented the catalog.

In June 1929, Rufino Tamayo returned to Mexico and began teaching painting, sculpture, and engraving at the National School of Fine Arts, where he met María Izquierdo, a young painter who was taking painting classes. They soon began a romantic relationship and were a couple for four years. During that time in which they lived together, both artists shared certain pictorial pursuits and naturally there was a mutual influence between their artistic proposals. Tamayo was clear that his painting would remain out of politics, and conceptually far from the so-called Mexican School of Painting headed by muralists Diego Rivera, David Alfaro Siqueiros and José Clemente Orozco. Similarly, refusing to paint a mural with political content earned him being expelled from the Union of Painters and Sculptors. That same year, Tamayo presented an individual exhibition in the recently inaugurated Gallery of Modern Art of the National Theater, today the Museo del Palacio de Bellas Artes (Museum of the Palace of Fine Arts).

Tamayo traveled to New York for the second time in 1931, finding an economic situation even more difficult than the first time, due to the crash of the Stock Market in 1929. He presented an exhibition together with Joaquín Clausell at the John Levy Galleries. Due to the economic situation, he returned to Mexico shortly.

In 1932, Tamayo was appointed head of the Department of Visual Arts of the Ministry of Public Education. He then carried out the project for the mural Conquista, in the old National Museum (today the headquarters of the National Museum of Cultures) in Mexico City, which was not carried out because the authorities rejected the non-historicist interpretation. However, in 1933 he made the mural Music and Singing in the stairwell of the National School of Music, where he met Olga Flores Rivas, who was completing his studies as a concert pianist at the conservatory. They became friends, and after three months they married, in January 1934. That same year Tamayo was appointed director of campus number two of the School of Visual Arts of the Department of Fine Arts.

In 1936, Rufino Tamayo and Jesús Bracho were commissioned by the Ministry of Public Education to attend the American Artists Congress in New York as delegates. Olga accompanied him on the trip and without having planned it, they lived in New York for the following fifteen years, spending summers in Mexico. That year Tamayo accepted an offer to teach at the Dalton School in New York. In 1937, the Mexican government appointed him an observer and informant on educational and artistic affairs abroad, replacing José Juan Tablada. In 1938, he painted his second fresco mural, Revolution, at the National Museum of Archeology, History, and Ethnography in Mexico City. Later, in 1943, he made the fresco mural, Nature and the Artist: The Work of Art and the Spectator, at the Hillyer Art Library at Smith College in Northampton, Massachusetts. In 1946, he directed a painting workshop at the Brooklyn Museum Art School. In 1948, the Museum of the Palace of Fine Arts in Mexico City presented a tribute exhibition for his 20 years of artistic work, 1928-1948.

Rufino Tamayo began residing in Paris in 1949. The following year he represented Mexico at the XXV Venice Biennale along with José Clemente Orozco, Diego Rivera and David Alfaro Siqueiros. He also exhibited his first solo exhibition in Europe at the Galerie Beaux-Arts in Paris.

Tamayo returned to Mexico in 1951, presented several exhibitions and made several murals, including: The transportable mural, Homage to the Indian Race (1952), for the exhibition "Art Mexicain du Précolombien a Nos Jours", which was presented successively in the Musée d'Art Moderne in Paris, the Lilijevashe Kunst-Hall in Stockholm and the Tate Gallery in London; the murals Birth of Our Nationality (1952), and México de Hoy (1953), for the Palace of Fine Arts in Mexico City; the portable mural Man (1953), for the Dallas Museum of Fine Arts; the murals Night and Day and Still Life (1954), for the Sanborn’s restaurant; the mural America (1955) for the Bank of the Southwest, Houston, Texas; and the mural Prometheus for the University of Puerto Rico (1957).

In 1957, he returned to reside in Paris, where he was appointed Knight of the Legion of Honor of the French government. He exhibited in several galleries, and made the mural Prometheus Giving Fire to Men (1958), for the new UNESCO building in Paris.

In 1974, the Rufino Tamayo Museum of Pre-Hispanic Art was inaugurated in the city of Oaxaca, which houses 1,300 pieces collected by Tamayo over the years. In 1977, the XIV Sao Paulo Biennial paid him a continental tribute as dean of Latin American Art, with the exhibition of 125 oils, 60 graphic works and two murals. In 1980, he made his first monumental sculptures, Homenaje al Sol, for the city of Monterrey and Germen for the University Cultural Center of UNAM, Mexico City. In 1981, the Rufino Tamayo Museum of International Contemporary Art in Mexico City was inaugurated, for which Rufino Tamayo donated his collection of more than 300 works (painting, drawing, graphics, sculpture and tapestry) by 168 international artists, in addition to a important set of his own work.

In the words of Octavio Paz: Rufino Tamayo's painting has become of decisive importance for contemporary art, both for its high level, maintained throughout an intense life, and for its special significance. He was, in a very visible way, one of the great creators of America and, at the same time, one of the artists who knew how to penetrate the reality of the man of today with greater depth, somehow transcending his historical dimension. His knowledge of the great pre-Columbian cultures allowed him to carry out an extraordinary synthesis, which participates in a universalist conception of art. Rufino Tamayo looked for the essentials, which he expresses in a voluntarily restricted color range, to fully value the tonal game. The themes tend to be simple - figures of men and women, animals - almost schematic, although loaded with dense content. "It can be said," writes Jacques Lassaigne, "that, like pre-Columbian art, Tamayo's painting is, at the same time, a metaphor, geometry and transfiguration." "Tamayo's painting, in this way," Octavio Paz says in turn, "is a double of the universe: not its symbol but its projection on canvas. The painting is not a representation or a set of signs; it is a constellation of forces" .

It could be said that as a result of Rufino Tamayo's cultural mix, a unique art, deeply Mexican and of international scope, emerged.